What is it all about?

The Hunger Games is a science fiction adventure film based on the novel of the same name. The story takes place in the dystopian nation of Panem which consists of a wealthy, glamorous Capitol, ruling twelve poorer districts. As punishment for a past rebellion and as a way to quell social unrest, each district must provide two “Tributes” — one boy and one girl between the ages of 12 and 18 selected by lottery (the “Reaping”) — every year to compete in the televised Hunger Games; they must fight to the death in a vast arena, with the sole survivor rewarded with fame and wealth. In this third part of the story Titles Mockingjay, after winning twice the game, Katniss manages to flee and join the rebellion in the 13th district.

What do we see in this scene? 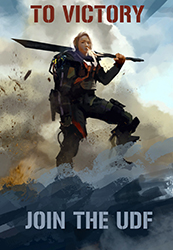 During her time as a contestant in the Hunger Games, Katniss became the most loved player. Her aptitudes, personality and authenticity brought her many fans, which has led her into becoming the face on the rebellion. While the context is different, we have seen the same idea in the movie Edge of Tomorrow with Rita becoming the face of the military.

Now that Katniss has officially and physically joined the rebellion, it is important to make it known around the other districts and rally everyone under the same banner. This will help bolster morale within the troops and civilians. In an attempt to do so, they decide to develop a short movie showing her call to arms. If we dig a little bit deeper, watching the movies or reading the books, we discover that the heart of the story lies in the sympathy created around the protagonist through her simplicity and authenticity. Which leads us to the topic of the day: Authentic Leadership.

As stated in a previous post, personal leadership brand is what conveys your identity and distinctiveness as a leader. One can create a “leader image” by externalizing specific values through behavior, dressing code and leadership style.

What do we learn from Katniss

First of all, Katniss is the perfect example of a contextual leader. She never wanted to lead, however to save her sister’s life she had no other choice than taking her place in the games. Throughout the games she received help from several people who provided her with opportunities to shine, putting her natural qualities in the spotlight. One can learn more about his own personality and aptitudes by being surrounded by the right people. (Some CEO’s and politicians still have to learn this lesson)

A leader is someone who people want to follow, and the objective of her supporting team was to help her create an aura that will assist her in gathering followers and supporters. From the games to the rebellion, Katniss was nurtured into becoming the savior everyone waited for. While being trained, different ideas and philosophies were pushed on her, but it’s only when she’s herself that her magic works.

While building her leadership brand, her team didn’t really take into account Dave Ulrich and Norm Smallwood’s five steps plan. Or at least they failed to see point (5); which should be kept in mind from the start.

1. What results do you want to achieve in the next year?
2. What do you wish to be known for?
3. Define your identity
4. Construct your leadership brand statement, then test it.
5. Make your brand identity real

Katniss teaches us two very important lessons:
1. A leader is not just a static image of an avatar or an ideal person forged by someone else. You learn to lead and may become a leader by forging your skills with the help of others. Katniss is only effectively leading when on the field; politics on the other hand is not her forte.
2. Leaders have to be congruent and walk the talk. They may pretend to lead, but once they have to take an important decision, the truth will come out. There are of course different ways to start leading people, whether in the army, in politics or in business, however in most cases authenticity is one of the key traits that will inspire people to follow that person.
Though I haven’t read all the books yet, I can definitely say that this third movie focuses all it’s energy on promoting that trait, which honestly becomes tiring and “not so authentic anymore”…

Whereas we call it authentic leadership, authenticity is an intrinsic trait of a leader; hence using authentic as an adjective for leadership is a pleonasm; same as burning fire. (leadership is one of those words with many redundant adjectives). For more examples on leadership branding please refer yourself to this post.

While we do write here about leadership, authenticity is a valuable trait to have in all our day to day activities.